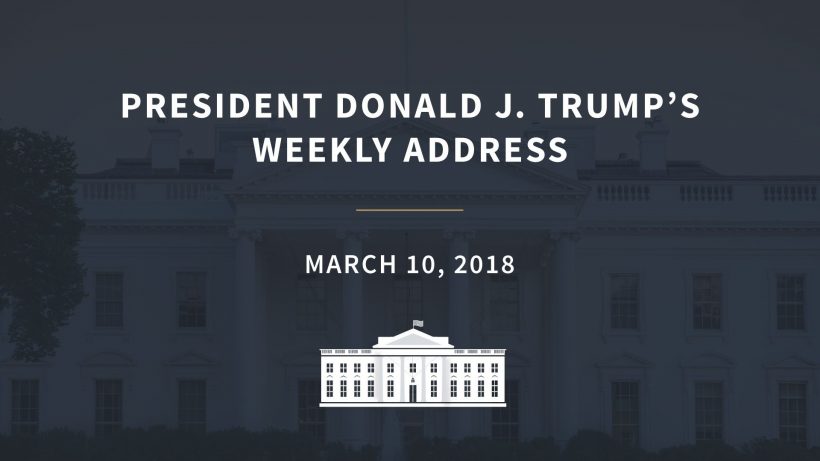 Protecting the safety and well-being of American Citizens is my highest duty as President. Yet, lawless sanctuary jurisdictions are nullifying federal law, obstructing immigration enforcement, and releasing thousands of criminal aliens into U.S. communities to prey on innocent victims. It’s absolutely terrible.

For example, in recent days, San Francisco officials denied ICE’s request to turn over a criminal alien with a prior conviction for battery and a charge for driving under the influence.

In another city in California, local law enforcement recently denied ICE’s request to turn over a criminal alien convicted of Sexual Battery who had a history of domestic violence. A truly violent person.

And last week, the mayor of Oakland warned criminal aliens of a coming ICE enforcement action – giving them time to scatter and hide from authorities.  The mayor’s conduct directly threatened the safety of federal immigration officers and the law-abiding Americans in her community.

In other recent cases, New York authorities released illegal aliens who were previously charged with assault, criminal possession of a weapon, possession of poisonous drugs, and strangling a person – in each case, New York officials had refused to turn these dangerous illegal aliens over to ICE or notify ICE about their release with enough time for them to be safely arrested.

Just this week, the city of Denver refused ICE’s request to turn over a criminal illegal alien charged with vehicular homicide for killing another driver in a horrific hit-and-run.

We want our cities to be sanctuaries for Americans, not safe havens for criminals. That is why I am calling on Congress to block funds for jurisdictions that shield dangerous criminals.

It is time to end the bloodshed brought about by reckless sanctuary policies – and it is time to save American lives and American cities.