New data released this morning from the Bureau of Labor Statistics’ (BLS) Job Openings and Labor Turnover Survey (JOLTS) showed that there were 7.4 million job openings in April, once again illustrating the strong job market for people looking for work.  For more than a year these data have found that there are more job openings than unemployed workers. For the first time, a new experimental series recently produced by the BLS also allows for an analysis of job openings at the State level.

Although this is an experimental series that the BLS expects to continue refining, this data represents a valuable new tool for understanding where policies to encourage job training and pull workers off the sidelines may be targeted in order for them to be most effective. Additionally, by providing new details on the geographies of job openings, these new data provide further evidence that the strong economy is benefiting workers throughout the United States. 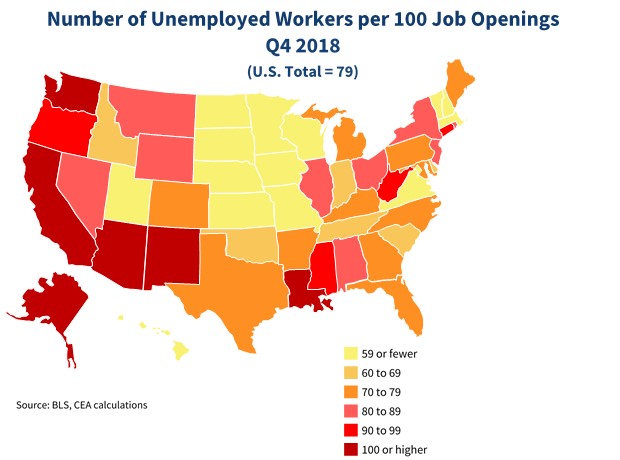