Tax Reform: Where Have We Been and Where Are We Going?

Chairman of the Council of Economic Advisers

The Tax Cuts and Jobs Act was signed into law on December 22, 2017, enacting several tax cuts and tax reforms.

Where Have We Been 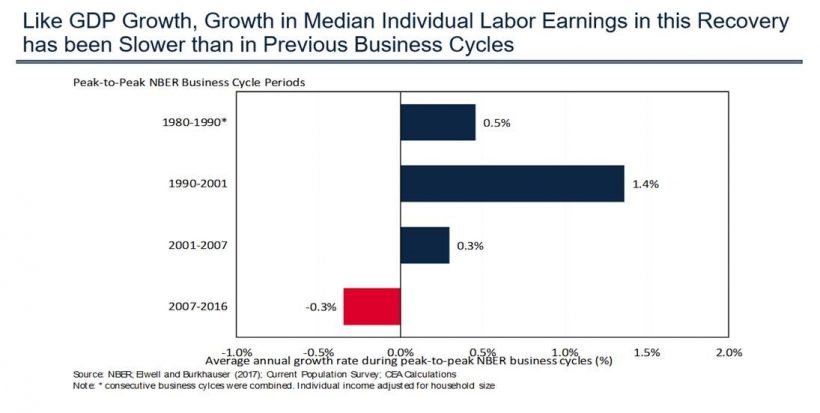 One possible answer suggests itself from trends in capital deepening, which measures capital per worker. Capital per worker influences wage growth by influencing productivity: as workers have more capital, they can produce more stuff per hour, and their employers can afford to compensate them more per hour. 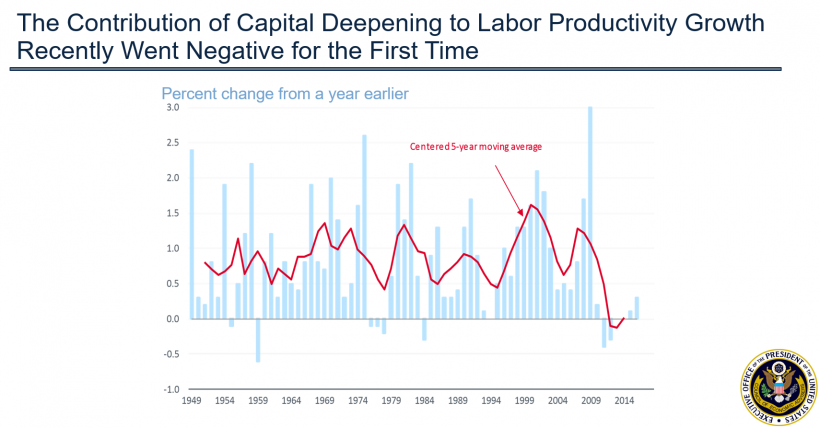 Much as wage growth turned negative recently, so did capital deepening turn negative for the first time since WWII in 2014. It is possible the overlap between these two aberrations is a coincidence. 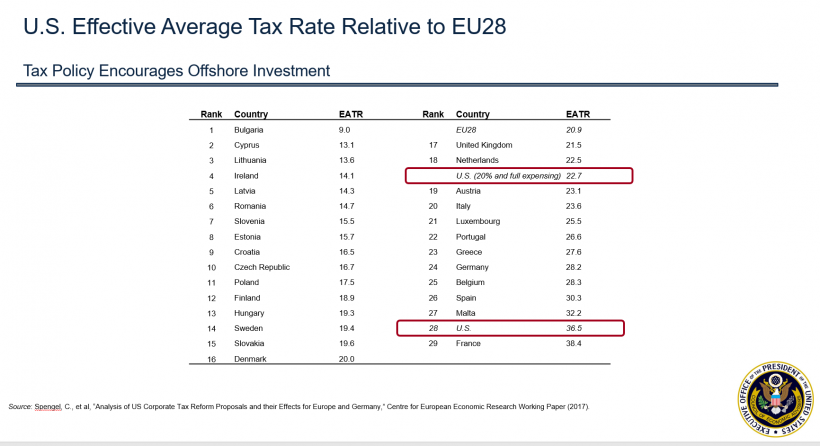 Where Are We Going

The evidence suggests that the effects of a corporate tax rate cut are large. The corporate income tax base stands to increase, allowing America’s tax rate to fall while revenues remain unchanged. 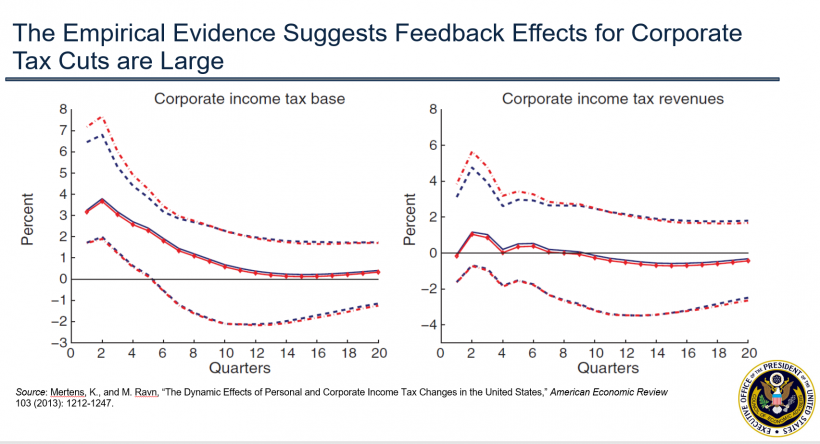 Notes: Figures show responses to a 1-percentage point cut in the average corporate income tax rate. Solid lines are point estimates; dotted lines indicate 95 percent confidence intervals. Red lines are estimates and intervals with average corporate tax rate ordered first, blue lines estimates and intervals with average income tax rate ordered first. For example, the left figure shows that this is a small jump in revenue in the quarters immediately following the decrease in the corporate tax rate but this increase is not statistically different from zero (zero is inside the band created by the upper and lower dashed lines). Source: Mertens and Ravn (2013) 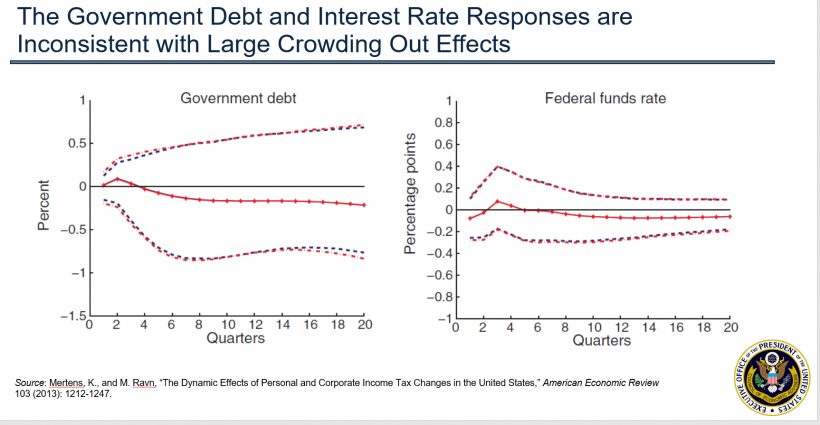 Now that the Tax Cuts and Jobs Act stands to deliver these benefits, GDP growth forecasts of Wall Street’s largest banks (Bulge Bracket firms) are up from an average 1.9 percent in October 2016 to nearly 2.5 percent in January 2018. 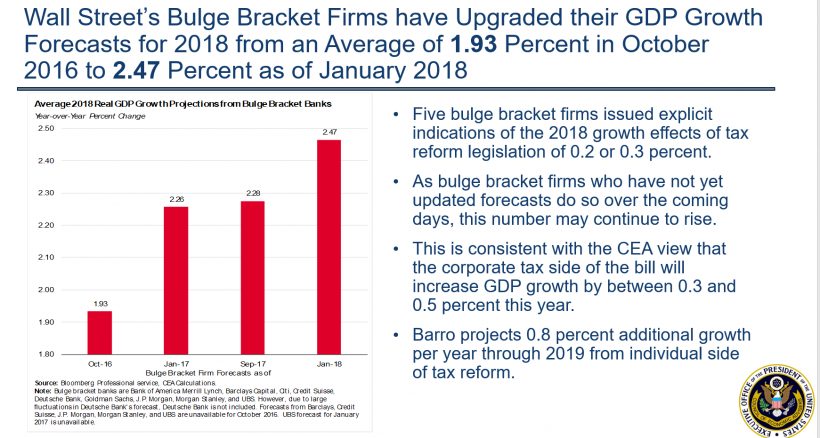 These echo the results of CEA’s previous analysis, which suggested that that corporate tax reform will increase GDP growth by 0.3 to 0.5 percent this year. While CEA did not model the individual growth rate effects, other economists like Barro and Redlick (2011) estimate that the individual side of the reform will add an additional 0.8 percent growth through 2019.

This presentation was delivered at the annual American Economic Association meeting on January 6, 2018 in Philadelphia.